The School Programs team partnered with the Bank Street Summer Camp’s two visual arts camps again this summer for a two Himalayan Art Encounters programs, and the results are vibrant! This is our fourth year working together to enrich their summer curriculum, and the kids’ imaginations and creativity really propelled these three-session explorations of Himalayan Asia.

David worked with Nitika, head counselor of the Multimedia Camp and her  group of 25 kids ages 5 through 7. On our first day together, we looked at images of Ganesha – the Hindu remover of obstacles – and discussed how animal symbols function. Campers designed their own animal helpers using collage techniques. 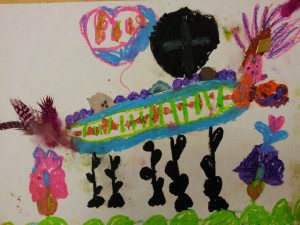 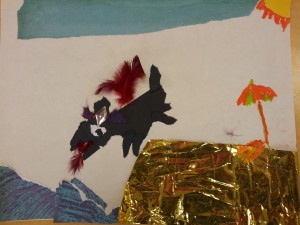 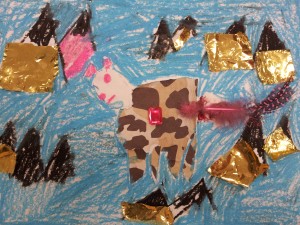 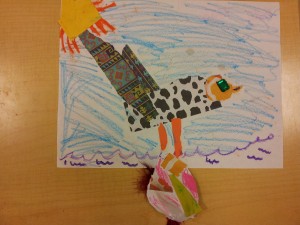 During their visit to the museum, we found animal symbols and heard stories about animals in the art. Finally, during our third visit, we went from 2D to 3D! Campers learned about mandalas – Buddhist maps of cosmic castles – and then constructed their own ideal mandala homes for themselves and their animal helpers using paper art to build up from the flat surface. 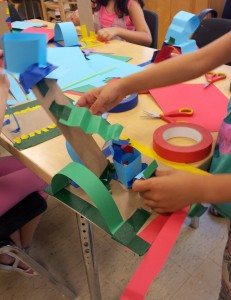 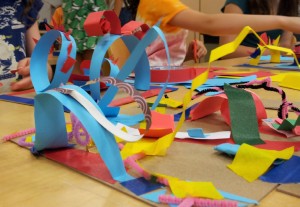 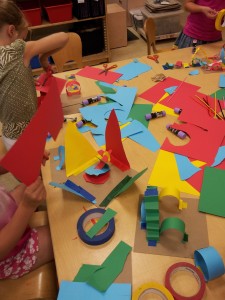 Larissa worked with Yali and the campers in the Studio Camp.  During the pre-visit, we looked at images of wrathful and peaceful deities in Himalayan art and discussed the poses, gestures, and attributes of these protectors.  The campers used collage to create their own wrathful or peaceful protectors. 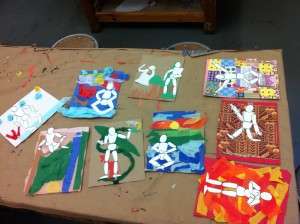 Campers participated in an Artifact Investigation Workshop during their visit to the museum and had a chance to handle, sketch, and make observations about artifacts in the teaching collection.  The discussions and observations continued in galleries where the campers learned stories of Buddha, Ganesha and Durga and created some very detailed gallery sketches.  In the post-visit, campers put everything they learned together and created protector puppets.  The puppets were reflections of the students that created them and demonstrated the creativity and imagination of this great group of campers. 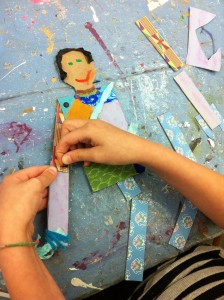 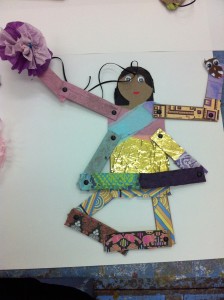 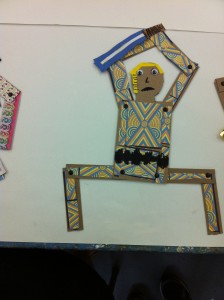 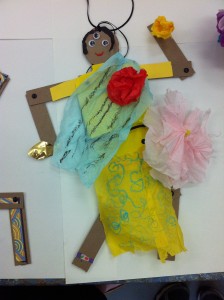 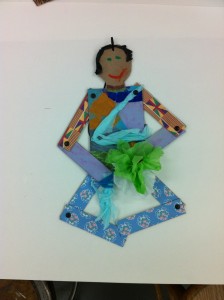