When one thinks of the courses offered at John Jay College of Criminal Justice, a top-tier CUNY four year college devoted to educating future law enforcers, criminal psychologists, lawyers, and judges, a seamless curricular connection with the art and ideas of Himalayan Asia, as embodied by the Rubin Museum of Art’s permanent collection, doesn’t usually come to mind.

Thinking outside of the box, administrators at John Jay College developed an innovative school-wide essay contest that encouraged students to visit the Rubin Museum to research and write about the artwork as seen through the lens of justice.

This spring, in addition to completing their regular class assignments, fifty-six undergraduates submitted essays. The faculty judges were so impressed with the quality of the essays, that they decided to hand out seven awards rather than three. The top prize winners were Polina Burmin (1st prize, $3,000), George Anderson (2nd prize, $2,000), Nicolas Montano (3r prize, $1,000), including four honorable mentions, Vitali Kremez, Elena Dain, Chassity Whitman, and Megan McCarthy, with prizes of $500 each. 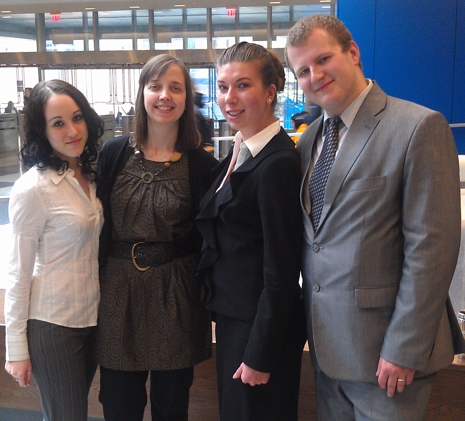 When I stopped by John Jay during a special ceremony to kick off Research and Creativity Week, April 29-May 3, I had a chance to meet the first prize winner, Polina Burmin (far left), and Vital Kremez, who received an honorable mention (far right). 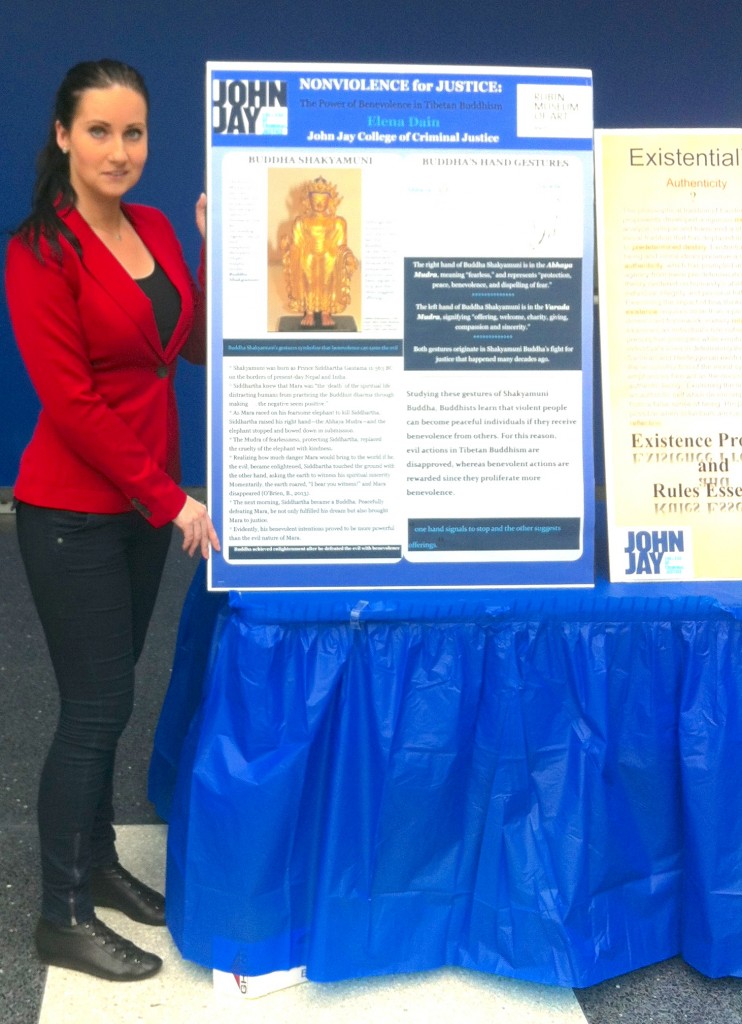 Elena Dain, pictured above, was delighted to share her poster with visitors. 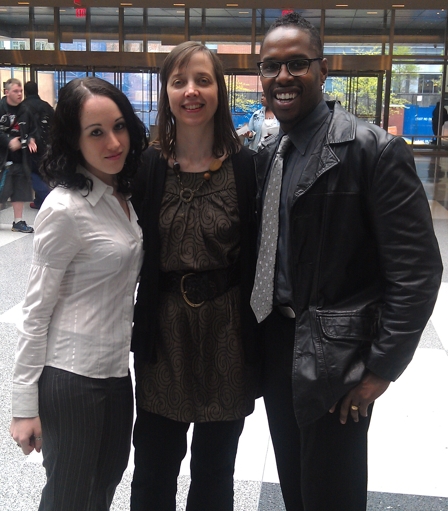 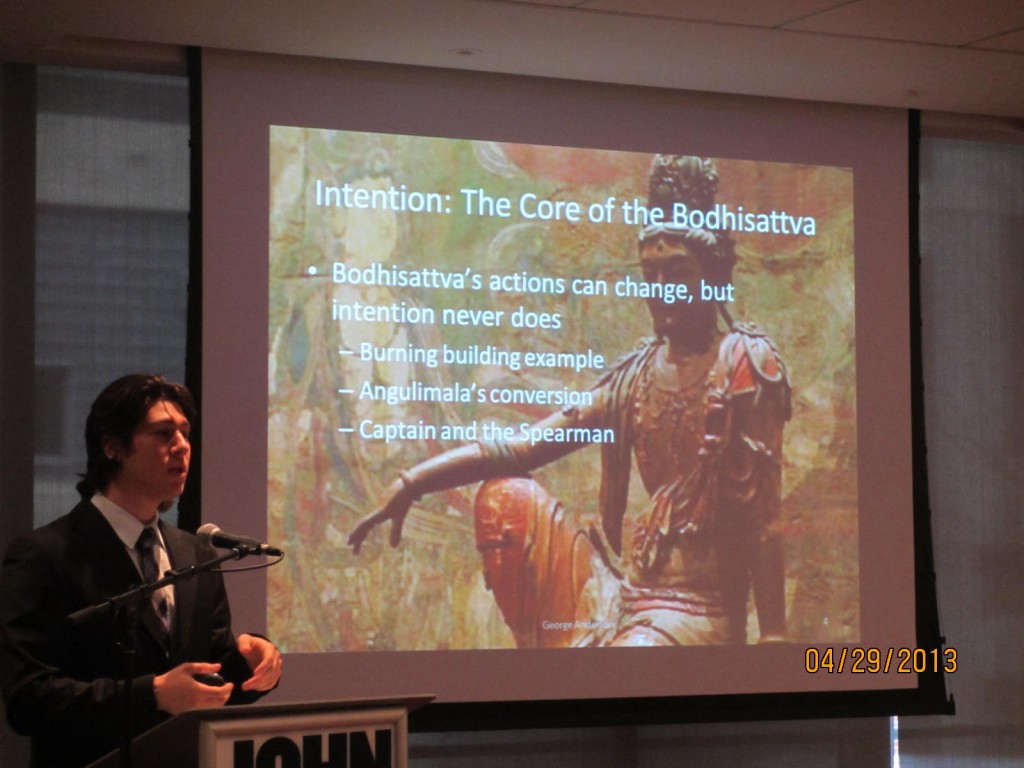 As part of the opening ceremony, the essay contest winners gave presentation on their papers. George Anderson (above) discusses points of intersection between the modern-day Criminal Justice system and the role of a boddhisattva within the context of Tibetan Buddhism in his paper, ‘Perceiving the Cries of the World: Intersection of the Boddhisattva Archetype & Criminal Justice.” 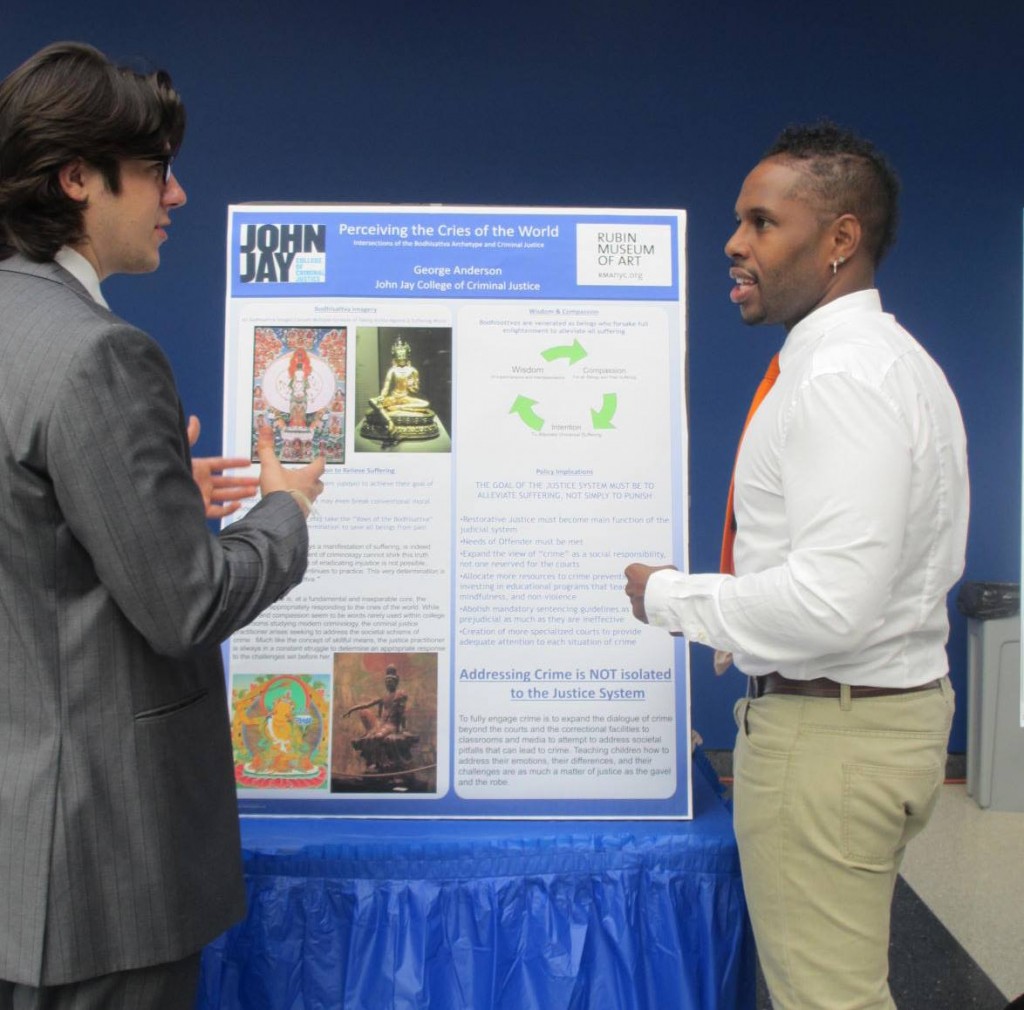 After the presentations, the contest winners discussed their paper topics during a poster board session. These sessions gave students a chance to present their findings with visitors through informal discussions. 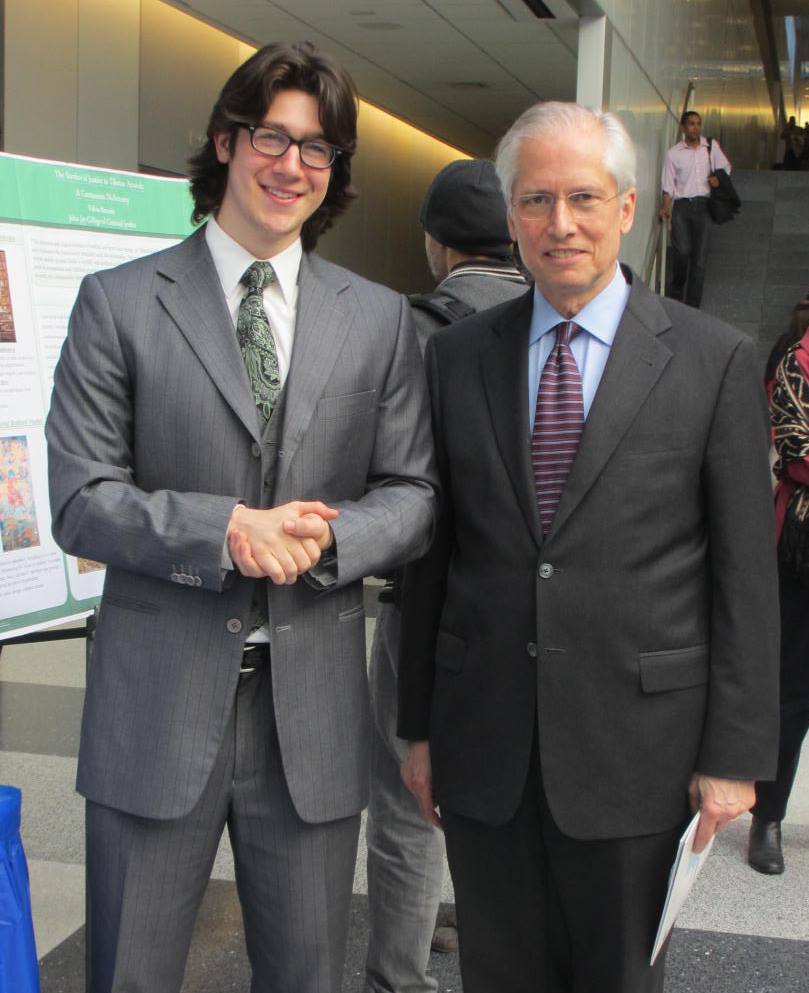 George Anderson and his peers were all smiles when Jeremy Travis, President of John Jay College, stopped by the congratulate them.