Thanks to an institutional partnership forged between Baruch College and Rubin Museum of Art, over six hundred and fifty Baruch Freshmen visited the museum in the fall semester of 2010 as part of their Freshman Seminar experience.

To help students engage deeply with the museum, they were encouraged to enter a writing contest to reflect on their museum visit as part of a process of self-discovery. The key essay question, What did you learn about yourself from being at the Rubin Museum? provided an opportunity for students to express within a 500 to 1500 word format the experience of visiting the museum for the first time. In honor of their outstanding essays, Jessica Chu-A-Kong, Tasnia Chowdhury, Xi Qiu, and Radha Ramnauth, were selected the contest winners and each one was awarded an iPad.

The students essays reflect exciting breadth of vision and insight by looking outward, at the museum space itself and the wonders it holds, and by looking inward, through assessing how their museum experiences affected their own thoughts and feelings.

The most eloquent spokespersons regarding these experiences are the students themselves. Although we dont have space to post their entire essays, we have excerpted four particularly inspired passages:

Jessica Chu-A-Kong:
. . . I am no longer a young child, but my mind still takes in a great deal from its surroundings. One environment that was truly unique and independent in its style was the Rubin Museum. Being aware that I had Chinese and Indian ancestral roots, I was somewhat intrigued by the Himalayan arts. However, I had no knowledge of the Chinese or Indian languages and cultures. Just walking into the museum took some time to truly absorb the ambiance. The fresh, clean look of just the front room was refreshing and looked so rich. Immediately, I could smell some sort of curry wafting in from the café along with a kind of incense. My brain suddenly took me back to my aunts jandhis, which are Hindu ceremonies that are done yearly to bless the home and family. The combination of smells of the incense and curries were magically linked to my familys culture. I instantly felt a warm invitation. As I stepped inside, the rich dark floors led to a spiraling staircase. I did happen to look up at the stunning roof that seemed to open up to heaven itself. Its beautiful, yet simplistic design resembles something holy and peaceful.

Tasnia Chowdhury:
. . . On the second floor, there was a screen projecting all the countries whose arts were on display in the museum. I saw India on the list. My mothers side of the family came from India and my dads from Bangladesh, but I must confess I know very little about India or Bangladesh. . .As I walked around the museum, I was in awe. The art was so beautiful. As I would look at the displays description, I would notice India on most of the descriptions. I stared at a sculpture of the deity Shiva and his wife Parvati. I was hypnotized by the sheer detail on the sculpture and the story behind it. It was truly exquisite. As I walked away from the sculpture, I couldnt believe I had never heard of Shiva before. In fact I had heard of none of these Indian deities. Not Kali, or Vasuhara. For a second, I stood there disappointed in myself. Here I was 18 years old and I had never heard of the great Shiva! 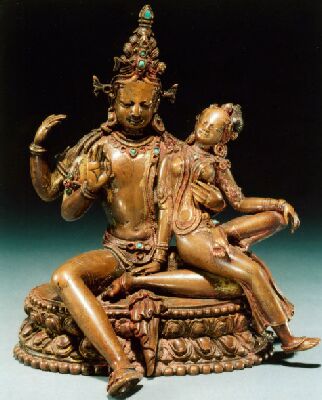 When I went up to the next floor, I saw Atta Kims On Air photographs. There was one picture of a distorted reality. I started at it for a long time and it dawned on me. My eyes were just as blurry as the picture in front of me. I had lost touch of who I was. I was trying to run away from reality. For many years I tried to convince myself that I was American. In reality, I was just ashamed of my culture because it was different. As I stood in the museum full of beautiful displays from my culture, I realized that I had refused to acknowledge the beauty. I had never never attempted to make a connection with my culture and that is why I was so detached to it.

At that moment, I was so disappointed with myself. I had wasted so many years shunning a part of myself. And so as I stood there in the middle of the museum, I promised myself that I would reach out and discover a part of me. Sure I was American, but I was Indian too. And that part of me should not be hidden inside of me. I should display myself just like statues. Who I am is beautiful and complex and that is something to be proud of.

Xi Qiu:
. . . As I viewed the sculptors and paintings, the elements of mystique  from multiple arms to a third eye – every piece reached out and tugged at my sleeve to look deeper, and when I did, I observed that every piece had one commonality  the lotus flower. But why? 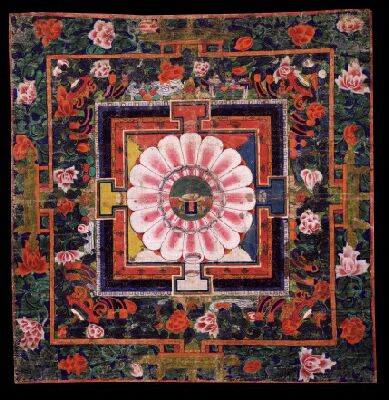 I started wishing I could redistribute the sands of time and place myself at the very inception of Buddhist religion to truly learn the influence of the lotus flower, besides the obvious that it is a bringer of good fortune. The unfamiliar style of the artworks, particular the canvas paintings, was the most satisfying part as a stared at each. I loved the red, the hues of orange, and slightly caricature-like renditions of the figures.

My time at the museum eventually expired, and I had to leave. I descended the stairs still pensive about the lotus flower and the origins of Buddhism. I had sparked a new interest.

All in all, the visit to the Rubin museum served to elucidate what I actually enjoy. i.e.  the things about which I would genuinely care to further my knowledge. I have taken pleasure in visiting other museums and like institutions  MoMa, the Metropolitan, and the Center of Architecture  and found interesting pieces in each, but nothing with mystique. And I believe that is what set the Rubin museum apart from the others I have been to  the pieces I saw at the Rubin were novel and of an era and place distant to me. As time passes, perhaps I will be able to thoroughly understand the answers to the questions raised by my visit and develop that seed of interest in the mystique sowed by the Rubin Museum.

Radha Ramnauth:
. . . After analyzing these works of art, I made a mental note to return to the meditation classes I attended during the summer of 2009. I was reaffirmed in the knowledge that energy is the essence of my being. Like the figures that are depicted in these images, I too, have the potential to reach enlightenment. 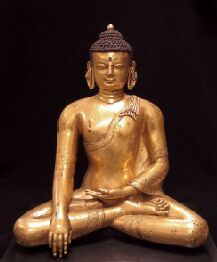 The dim lights and dark colors of the museum are what I assume Buddhist monasteries look like. For a moment, I was a monk performing my daily meditation. On the day of my visit, I noticed that museum goers were scarce, which only added to the inner peace and comfort I felt within the walls of the Rubin. The representation of the entire universe in geometric shapes in these images allowed me to understand the simultaneous simplicity and extensiveness of the world in which we live. Fulfilling their purpose, these Buddhist images urged me to view life in a larger scheme. It was so much more than an attempt to win an iPad.

I recently read a book titled How Does it Feel to be a Problem: Being Young and Arab in America by Moustafa Bayoumi, who shines a bright light on discrimination in America. Bayoumi notes the historic discrimination of Irish and Italian Americans during the rise of Catholic immigration, German immigrants during World War II, Jewish Americans between the two world wars, Japanese Americans during WWII, Chinese Americans during the red scare, and Hispanic immigrants. After analyzing the art in this exhibit, it occurred to me that we (as Americans) should value our diversity as we value the art in the Rubin. People of different races and cultures should be embraced, rather than condemned and forced to assimilate; for our metaphysical journeys are not singular, but part of a greater whole, as Mahayana Buddhism teaches. For this reason, I feel truly fortunate to be attending Baruch College, celebrated for having the most diverse campus in America.