Finding Math at the Rubin Museum of Art

The Rubin Museum’s Education Department continues to expand its horizons and explore new and surprising lenses through which to look at the art in the museum’s collection. Most recently, the School Programs staff invited educators and administrators from the National Museum of Mathematics (MoMath) to have a tour of the galleries in order to begin brainstorming ways that Himalayan art and Math intersect. 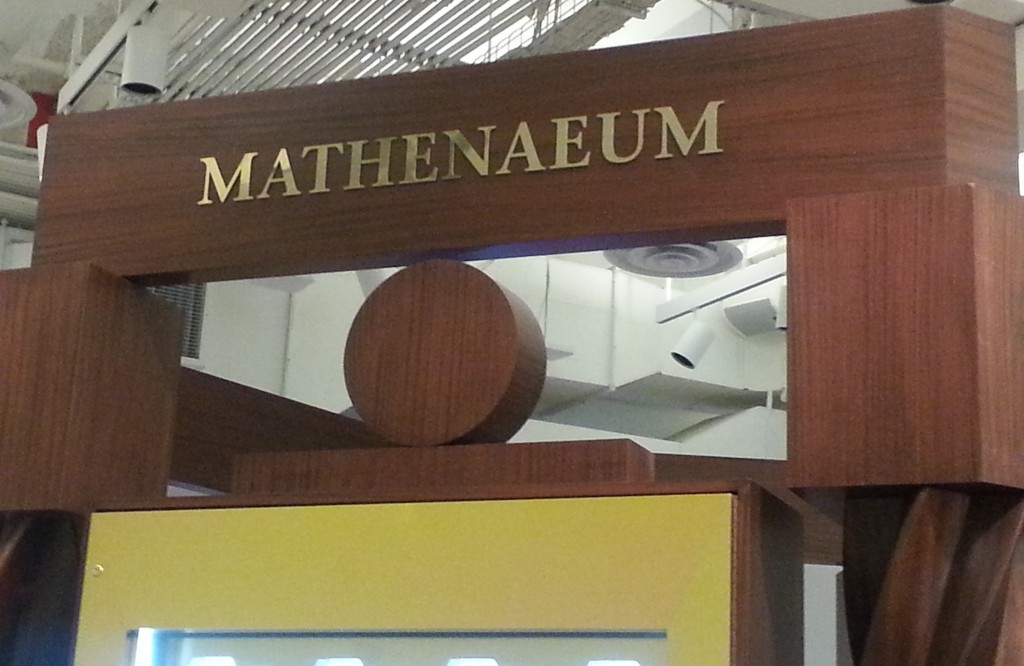 The “Mathenaeum” is the playful tittle of an interactive section of the exhibit space that provides visitors with some digital technology with which to experiment.

The Rubin has a history of incorporating mathematics into their K-12 programming, especially when it comes to in-school residencies called Thinking Through Art (TTA). The Education Department has led TTAs based on such mathematical concepts as the Golden Ratio, symmetry in Mandalas, and using prayer beads, or malas, to illustrate division problems. On their tour, the staff of MoMath looked at both mandalas and paintings of deities to find she symmetry, proportions, and intricate grid work that goes into the creation of these paintings. They also had the opportunity to discover their own mathematical connections in the galleries. One of the staff favorites for MoMath was the the Eleven-Headed, One Thousand Armed Avalokiteshvara. Not because of the beautiful painting or the inspirational story (although these were well appreciated) but because of the line drawing that accompanied the painting in the Gateway to Himalayan Art exhibition. Glen Whitney, MoMath’s Co-executive Director, noted that the drawing wasn’t laid out according to a Cartesian grid (all points are plotted out according to X and Y axes), like others we had seen, but was instead designed using a polar coordinate system (all points are plotted out relative to a central point). It was fascinating to view the Rubin’s collection from a very different perspective. 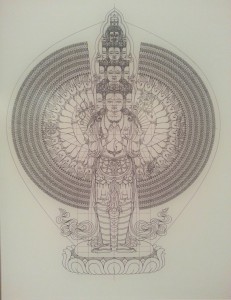 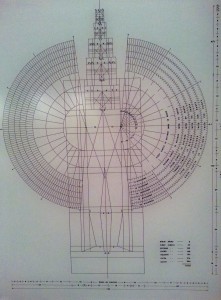 Later, the Rubin Museum’s Education staff took the quick walk to MoMath, situated at the northern end of Madison Square Park. The exhibition spaces at MoMath are wildly different than what one might see at the Rubin. First of all, nearly all of the exhibits are interactive, or at least things that visitors can touch. Some of them are so interactive that visitors can climb in and ride around on the objects in the collection. One of the highlights of the experience was a bicycle with square wheels that was set up on a special track so that it could be ridden (almost) smoothly in a circle. Chief of Education Ben Levitt explained how the angles of the wheels dictate the bumpiness of the track, and how normal, circular wheels have no angles and therefore perform best on a smooth surface. (This is, of course, a greatly pared down version of his explanation.) The Rubin’s Docent Coordinator, Laura Sloan commented, “After seeing so many touchable things at MoMath it would be nice to incorporate more touchable things at the Rubin.” 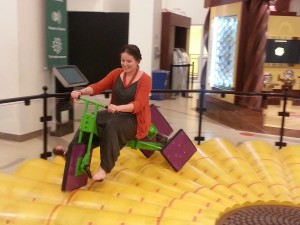 Larissa Raphael, Head of Youth and Family Programs at the Rubin, takes the square-wheeled bike for a test ride.

MoMath does have a gallery that focuses specifically on art and how it relates to math. This gallery was of particular interest to the Rubin staff because here was where they could find the greatest parallels in educational practice between the Rubin and at MoMath. Some of the artwork emphasized symmetry, knot theory, and even some more scientific topics such as how the lens of the eye views the world. Tim Nissen, the Chief of Design at MoMath, was always quick to point the similarities between the art in their galleries and the mandalas in ours. 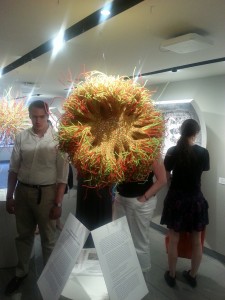 “It was interesting to see the parallels between the Rubin and MoMath, especially considering that our subjects couldn’t be more different from each other. Despite this though, we both attempt to teach a relatively esoteric topic and try to make it relatable to our visitors.” -Jeremy McMahan, Rubin Part-time Guide

Both museum staffs learned a great deal from this experience. Discussions were held about pedagogy, addressing challenges, and accessibility. Bill Appleton, the Rubin’s Director of Education and Engagement said, “I was particularly struck by how we share some of the same challenges. MoMath and the Rubin both seek to make complex content meaningful and fun in an informal learning situation.” The two museums hope to continue working together in the future and are discussing potential educational partnership opportunities for K-12 and teen audiences. A special thanks to MoMath’s Co-Executive Director, Cindy Lawrence, for helping to make these discussions happen.

Stay tuned for next month’s Educator Meetup when the Rubin Education staff visits the Merchant’s House Museum to talk about how the context of objects plays a major role in the way that they are interpreted by museum staff.