Drama and the Rubin Museum

Earlier this month, the Lincoln Center Theater opened a new play called The Oldest Boy. Written by Sarah Ruhl, MacArthur recipient and Tony nominee, The Oldest Boy explores a topic that is near and dear to the Education staff at the Rubin Museum: Reincarnation. The premise of the play is a young boy, born in the United States to a Tibetan father and an American mother, who is recognized to be a tulku, the reincarnation of a high Buddhist lama. The show explores important Buddhist concepts such as rebirth and lineage, but also more universal ideas such as a mother’s attachment to her child and overcoming cultural differences.

Enter the Rubin Museum of Art

Many K-12 students have heard of the Dalai Lama and some have a cursory knowledge of Buddhism and some of its basic features such as karma, reincarnation, nirvana. But in most cases the familiarity stops there. Often these students come to the Rubin Museum to enrich their understand of these and other ideas from cultures in Himalayan Asia through visual art. During the run of The Oldest Boy, many more students are getting the opportunity to see some of these topics in action via the dramatic arts. Through Lincoln Center Theater’s Open Stages program, thousands of NYC public high school students have the opportunity to see plays at the theater free of charge. The Education Staff at the Rubin also saw an opportunity in this program.

On October 15th, a group of nearly thirty public high school teachers came to the Rubin’s Education Center to learn, for their students and for themselves, about Tibetan Buddhist art. These teachers were all planning on going to see The Oldest Boy with their students, and the Education staff invited them to the museum to see how a visit to the Rubin could enrich their students’ understanding of the play as well as add depth to their understanding of Buddhism and Himalayan art in general. 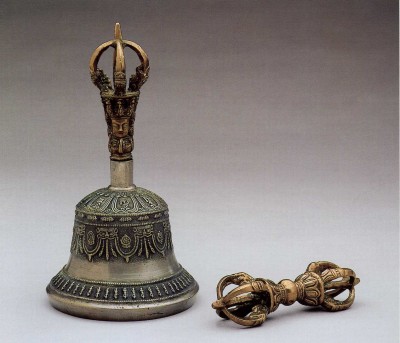 The teachers’ experience began with an Artifact Investigation workshop, which is a way for students (and their teachers) to get their hands on actual Buddhist objects from the museum’s Touch Object Collection. The workshop encourages close looking, making deductions using observations, and working in groups to present ideas. The teachers looked closely at objects like a vajra and bell (pictured above), a prayer wheel, a devotional sculpture, and others. The workshop was followed by a tour of the galleries focused specifically on ideas that directly related to the play.

While in the galleries, the K-12 teachers explored the concepts of reincarnation, the relationship among teachers and students in Tibetan Buddhism, and the importance of ritual objects. The Wheel of Life image (pictured below) is a visual representation of many of the basic teachings of Buddhism including karma, rebirth, and non-attachment. 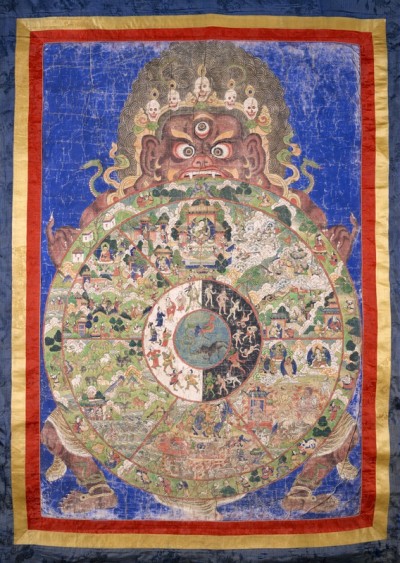 All of the teachers who participated in this program were encouraged to bring their classes to the Rubin prior to, or after, they went to see The Oldest Boy. On November 12th, a class of 9th and 10th grade students from Vanguard High School arrived at the Education Center for their Artifact Investigation. Students, haltingly at first, shared what they had learned in class about the life of the Buddha and the part of the world in which Buddhism began. The conversations really got flowing as small groups of students were each given an object from the Touch Object collection to investigate. The students looked at a singing bowl, a statue of the Buddha, and other Tibetan Buddhist objects in depth before presenting their observations and hypotheses to their peers. The previously shy high school students were surprisingly eager to stand up in front of their classmates to talk about the interesting objects that they had explored. 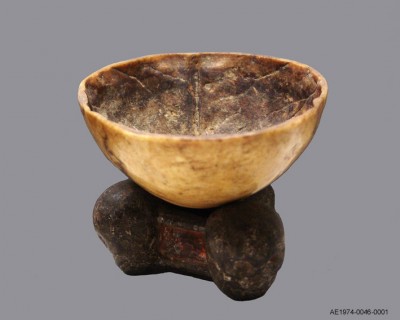 In the galleries, the students were then able to see these same objects in context and learn more about them and their use in Buddhist practice. They also saw some different Tibetan Buddhist ritual objects, such as a skull cup (pictured above) that spawned a discussion on mortality, attachment, and rebirth. One of the most poignant moments happened in front of a painting of Mahakala, a particularly wrathful deity.  The students were asked to put themselves in the shoes of the little boy in the play who was recognized as a tulku. He had been born in America and raised like any little boy here, but there was the possibility that he might be whisked away to Nepal and brought into a completely new culture and surrounded by religious imagery, much of which might look like the wrathful Mahakala. The students were asked to think of one word to describe how they might feel in that situation. “Afraid,” “confused,” “traumatized,” were some of the words suggested. The students were then asked to look closely at a figure at the top of the painting, meant to depict an incumbent Dalai Lama, perhaps shortly after he entered a monastery. The students then realized that they were also describing the emotion shown on his youthful face. 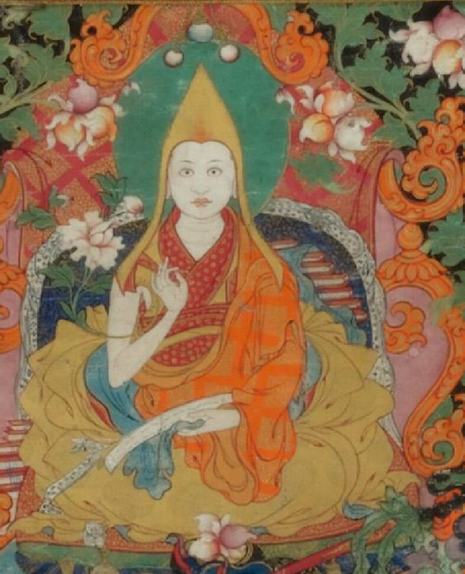 The students of Vanguard High School left the Rubin with the necessary background knowledge to best comprehend and relate to the play The Oldest Boy. Hopefully their experience at Lincoln Center Theater will be greatly enhanced by their trip to the Rubin Museum of Art. The next batch of students who are coming in hopes of gaining a better understanding of Tibetan Buddhism before seeing The Oldest Boy will arrive in early December.