I had the great pleasure recently of leading a map making workshop for students from my very own former high school: Townsend Harris! It was such a treat to see again a teacher I knew when I was a student there and to greet the group of ninth grade students and exclaim, “I’m so excited to work with you today; I’m a former graduate of your school!”

The students have been studying the silk roads and arrived for the workshop following their silk-road themed tour. We talked about several different kinds of maps, why we use them, and what features they have. I showed the MTA NYC Subway map which resonated with the students as they are quite familiar with it. But what really made them laugh was when I showed a map of the Queens College campus, (seen below) which is the location of Townsend Harris.  It was a map we were all very familiar with, and what was great was that the students recognized it was a 3D map and used that to build upon the big idea for the day – 3D map making! 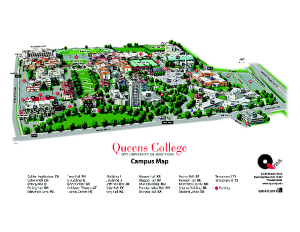 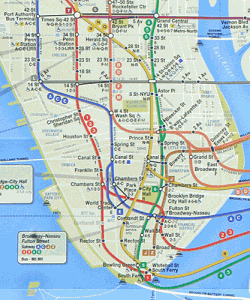 After the students took a few minutes to brainstorm and sketch their initial plans for their Himalayan maps, they started collaging, building, and pasting all different sorts of materials. Most students used the colored oil pastels to indicate different regions (rivers, land, countries) and many students used differently patterned papers to build the tall Himalayan mountain range. One student even placed what looked like a peaceful lotus flower at the peak of her mountain. I was also glad to see that several students also included legends and keys on their maps, as it was a point we initially talked about when looking at the NYC subway map. Below, see the unique variety of some of the 3D maps that were created! 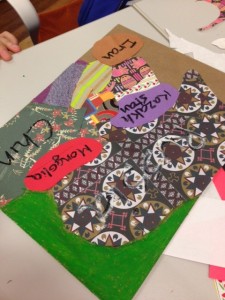 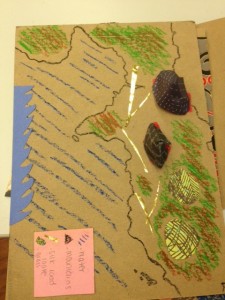 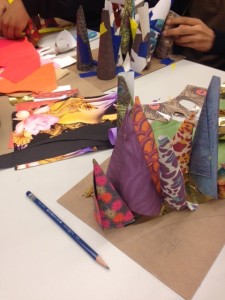