The Times, They are a Changin’

In the space of one month, work life has taken a dramatic turn. In early October, my dear colleagues Marcos Stafne and David Bowles both announced their new positions at two great sister institutions (Marcos to the Brooklyn Children’s Museum and David to the Metropolitan Museum of Art), stating that both would finish up at the Rubin Museum on October 26. Believe it or not, I had a vivid dream one week earlier in which both David and Marcos announced their simultaneous departure, though in my dream they were leaving the Rubin Museum on January 31. If only that were the case; I would have loved three more months of work with them!

Needless to say, there were a lot of emotions in response among Education and Visitor Experience staff; sadness at their departure, admiration for their work at the Rubin Museum, appreciation for all the great work we’ve done with them, and fear mixed with anticipation at what lay ahead. In talking through the possibilities with several Education department staff members, I felt more committed than ever to the work we do, as well as to the wonderful educators that make up our team. As such, when our executive director offered me the Interim Director of Education and Visitor Experience position, I accepted without hesitation. Friday, October 26 ended in celebration of Marcos and David. On the following Monday, Hurricane Sandy hit the East Coast. This was my first official day in the interim position. Now if you’re someone who thinks symbolically, you might take this as a bad omen. I’d like to propose a different sort of interpretation:

The Rubin Museum of Art is located in lower Manhattan, and therefore remained without power for the better part of a week. Our entire museum staff was unable to come to work all week (save for the dedicated facilities, maintenance, and IT staff members who made their way to work regardless in an effort to get us back up and running–thank you!). In fact, much of New York City was forced to stay still for days on end. Subway service recovered, but slowly (at least on NYC time), and whole groups of people walked the streets instead of taking mass transit or driving cars. Many people spent their days helping neighbors and neighboring areas worse affected by the storm. Overall, New Yorkers seemed temporarily willing to let go of the usual rush of our super-productive and busy lives. 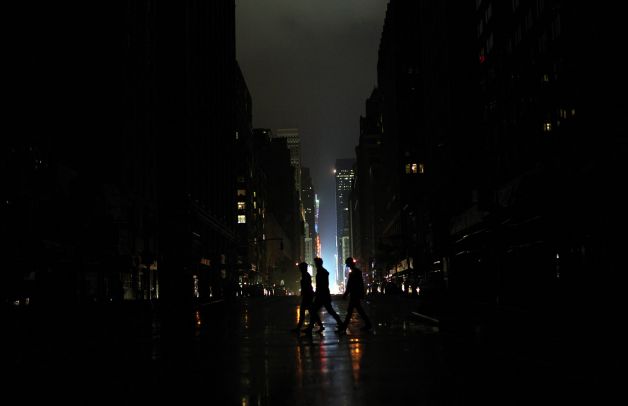 Upon returning to the museum this week, I asked our Education and Visitor Experience management team to meet together and discuss who we are and where we want to go from here. While losing two esteemed colleagues is a hard blow to bear, the team has stepped up with an inspiring enthusiasm; reconnecting with one another, exploring our new group dynamic, and sharing our ideas on how to move through this interim period with confidence and continued progress.

I’d like to think that Hurricane Sandy gave us a liminal sort of space, an in-between Bardo stage, before-and-after an era. Unexpectedly, our team was given a break; time to think about our museum practice and the ways we work with one another and visitors alike.  Since actually beginning as the interim director this week, I’ve met with many staff members to come up to speed on their programs, brainstormed new ideas for managing the workflow of our Patron Edge database, discussed the ongoing visitor research project that will help us better accomplish our institutional goals, explored lines in the galleries with a group of toddlers in Yak Packers, and represented the Education and Visitor Experience departments in various executive staff meetings. I’m happy to say that we are moving right along; Marcos and David would be proud.