Reacting to the Past

What happens when you throw a group of very vocal, quick-witted, and theatrically inclined college professors into a room to debate the partitioning of India in 1947?  Controlled bedlam. 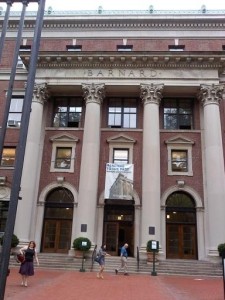 That’s how it felt to play the India Game at Barnard College for two days as part of an Annual Conference dedicated to Reacting to the Past, an innovative method of classroom learning developed by Mark Carnes, a history professor at Barnard about 10 years ago. 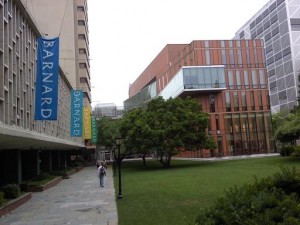 The Diana Educational Center at Barnard

Carnes created Reacting to the Past to help his students empathize with real life characters in the past and to imagine history not as a set of dry, lifeless facts but as a dynamic range of emotions and ideas exchanged between people, usually on opposing sides of an issue. 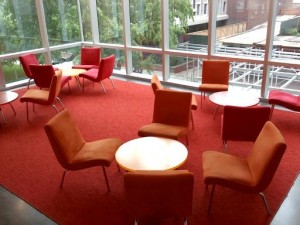 Comfy furniture in the Diana Center

Reacting, as folks who practice fondly call it, consists of elaborate games, set in the past, in which students are assigned roles informed by classic texts in the history of ideas. Class sessions are run entirely by students; instructors advise and guide students and grade their oral and written work. It seeks to draw students into the past, promote engagement with big ideas, and improve intellectual and academic skills. They can be powerful experiences. 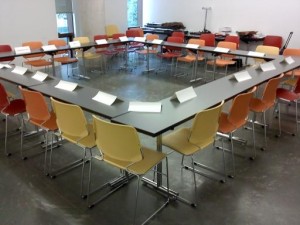 When I played the India Game at Barnard College for two days during their annual summer conference (June 11-12, 2011), I was part of the Muslim league and advocated for the partitioning the country into two separate countries: India and Pakistan. During the game, which was more like a two-day long debate, some people deeply identified with their roles and even wore costumes to get into the spirit of the game, as pictured below. 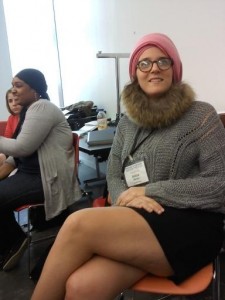 A member of the Muslim League in Himalayan-style garb

I didn’t wear exotic garb but I did learn to identify with Muslims in India at the time of partitioning and now have a better understanding of the forces at play at the time, from the desperate situation of many dispossessed rural Indians, to the vocal anarchy of the Communists, to the idealism of Gandhi, to the fundamentalism of some Hindu Nationalists, to the driving push for autonomy advocated by Muslims. 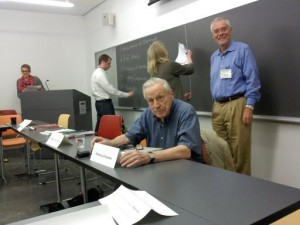 The Reacting game at Barnard provided a great way to travel back in time to India for a couple of days—minus the jet lag and crazy, crowded streets. Along the way, I had lots of fun and met some really interesting faculty who facilitate Reacting games in their classrooms, which has got me thinking how I might incorporate aspects of Reacting to the Past into gallery experiences with college students at the Rubin Museum…stay tuned.

If you’re interested in learning about an innovative and engaging method of college classroom learning, check out Reacting to the Past: http://reacting.barnard.edu.