I am about to take some time off from my work as a full time guide at the Rubin Museum of Art and go to India for the second time. The first time was two years ago, for three months. This time, Ill be there for five weeksstill a sizable chunk of time. How does one prepare?

Beyond the logistics (Visa, shots, tying up loose ends at home, booking hotels and train tickets), a certain degree of mental preparation should also be involved. For me, this is the more difficult part. 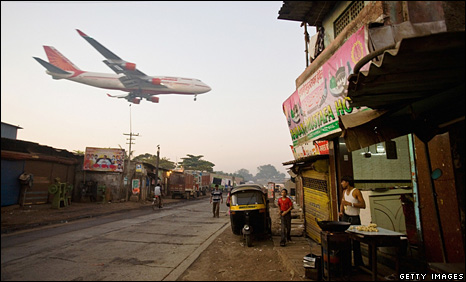 Traveling internationally comes with its own set of questions. What are my true motivations for going? What do I hope to accomplish while Im there? Why this particular location over another? Is this really the right thing to do at this exact time? And, even more important, is examining the privilege that allows me to take such a trip in the first place, where Ill be amongst many people who probably will never have the freedom to move around India the way I will be.

Ill be landing in Delhi, heading up to Tso Pema, a sacred lake, then down to Bodh Gaya, the place of Buddhas enlightenment. After a week there, its off to Darjeeling and Sikkim via Kokata, then a flight down south to experience Christmas in Kerala. After that, it up in the air, and, of coarse everything could change when I get there. Thats India.

In addition to my own personal journey I have tasks associated with my work at the museum: collecting film, pictures, and items to be used as a resource for the Rubin Museum of Art in conjunction with an upcoming exhibit exploring pilgrimage in the Buddhist, Christian and Islamic traditions; documenting traditional and modern practices of Himalayan and non-Himalayan people practicing Himalayan religions; and delivering books to His Holiness the 17th Karmapa, Orgyen Thrinley Dorje, the highest ranking Tibetan Lama of the Karma Kagyu school; and visiting the new baby of a family friend.

This trip will definitely expand and improve on my role as a guide. I see my job as providing a human opening to Himalayan art through connecting with another person rather than text on a wall. The forms and images we feature in our museum can be dense, overwhelming, and even alienating, but what can get lost is the human aspect: these pieces were made by people with a specific purpose, and in fact are still being used much in the same ways they have been for centuries. By returning to these places where the art is not only in it’s original context, but is still vital and current, I hope to be able to share this feeling when I return.

I’ll be blogging throughout my trip, both here and at indiaharry.blogspot.com