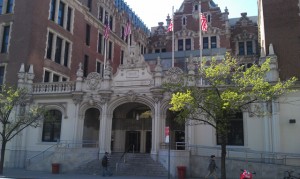 At the third biennial Literature & Law Conference at John Jay College on March 30, four undergraduates, Janet Alexander, Rebecca Delgado, Bobby Lewis, and C.C. Riley, presented papers during a panel discussion “Justice and the Rubin Museum of Art” that explored works of art at the Rubin Museum through the lens of Criminal Justice. 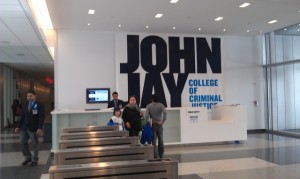 Turning to the Literature & Law Conference, the OUR  offered a stipend of $750 to each of the four winning students. These funds provided the opportunity for the students to work with a faculty member to refine their papers for their panel presentations. 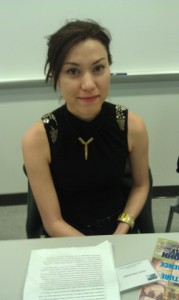 Janet Alexander’s paper, “Retributive Justice in Buddhism: Compassion of the Wrathful Deities,” examined Magzor Gyalmo as the both protector of the dharma and the embodiment “benevolent wrath.” Janet provided insightful examples of how Magzor functions as the beloved protector of Tibet, the teachings of the dharma, as well as a source of protection and inspiration for Tibetan Buddhist practitioners. 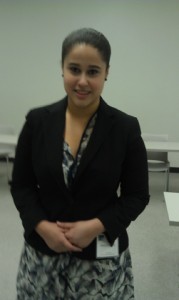 Rebecca Delgado provided an in-depth analysis of formal and thematic elements in Kattingeri Krishna Hebbar’s painting Hungry Soul (1952) on display in the Modernist Art from India: The Body Unbound exhibition, as a way of exploring economic hardship and social inequalities and they relate to injustice within Indian society and beyond. 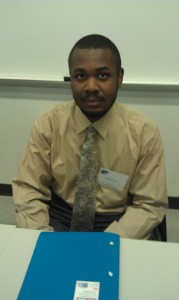 Bobby Lewis wrote about Dorje Drolo, a much beloved figure in Tibetan Buddhism, who represents a wrathful form of Padmasambhava, a great adept who helped to establish Buddhism in Tibet in the 8th century. As Bobby wrote, “wrathful deities are effective teachers and protectors of the dharma because they ‘terrify the terrifiers’ by adopting the appearances of what they are engaged in destroying.” 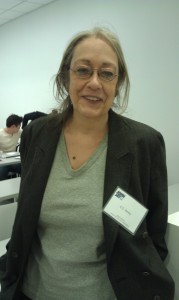 The final paper, presented by C.C. Riley, examined three works of art in the museum’s collection, Victory over Mara; Tara Protecting from the Eight Dangers; and Kings of the Mythical Lang of Shambhala. C. C. Riley took on a number of challenging topics, from symbols of fear and protection, to reincarnation and past lives, to the role of karma and death as a form of justice represented by large-scale massacres and genocide. 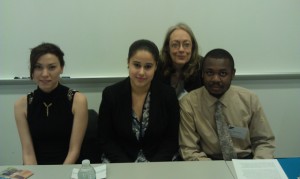 After presenting at the conference, the students’ papers will be published in a special section of John Jay’s Finest. According to Jeffrey Heiman, an English Professor at John Jay, John Jay’s Finest is an anthology, that “recognizes the serious, thoughtful work our students produce to create a writing goal that other students can aspire to reach…”

We now turn our attention to winners of the Rubin Essay Award contest. With prize money of $3,000, $2,000, and $1,000 for first, second, and third prize respectively, there is much anticipation in the air. We wish everyone the best of luck!