Imagination and play in the classroom 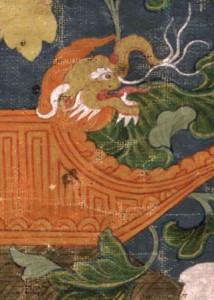 I recently had the opportunity to visit the school I attended from kindergarten through 3rd grade, and to chat (for the first time as an adult) with some of the educators that helped shaped how I engage with the world.  Even though I was only a student there through 3rd grade, Stanley British Primary School (BPS), profoundly influenced me and the values I hold central to my work as an educator.

On my recent visit to BPS I found a display in the hall (buried amongst numerous displays of artwork and projects by students) highlighting the school’s teacher preparation program. The display incorporated many quotes that exemplify the central tenets of a BPS education, and the emphasis on self-directed and self-created learning experiences. A quote displayed from Albert Einstein resonated with me immediately, “Imagination is more important than knowledge. Knowledge is limited. Imagination encircles the world.”

This week as I prepared materials for Thinking Through Art residencies at two different elementary schools, I found myself especially thoughtful about the role of self-guided exploration in the teaching we do in the schools.  In one school we are conducting a 10-week after-school program, and the less structured nature of after school has given me the freedom to develop activities that (I hope) are even more self-directed than some of the other workshops we do during in-school residencies.  In this after school program students are doing projects based on two art activities developed by my colleagues David and Pauline exploring the idea of mythical creatures, hybrid animals and their environments.  While the inspiration for these projects is rooted in the rich history of such creatures in Himalayan Art, I can’t wait to see what the students create when they take it in their own direction!

In the meantime, here are two more of my favorite quotes from the board at BPS for you to agree with, disagree with, or just contemplate:

“It is important that students bring a certain ragamuffin, barefoot, irreverence to their studies; they are not here to worship what is known, but to question it.” –Jacob Chanowski (A quick web search indicates some controversy about who actually said this)

“The opposite of play is not work, it’s depression.” -Brian Sutton Smith

This entry was posted in Art Making, K-12 Schools, Uncategorized and tagged Imagination, Teachers, Thinking Through Art. Bookmark the permalink.