Today, Lyndsey and David led a group of 6 visitors who were blind or partially sighted on an exciting tour through the exhibition, Once Upon a Many Times. This tour is one of the Rubin Museum of Art’s Verbal Description & Touch Tours. The guests were led to four different sections in the exhibition where they were able to engage with various types of art as well as different mediums. Everyone was able to have a hands-on experience with objects from the museum’s teaching collection, deepening their understandings and connections to the art described.

First, the art was described to the group in great detail. 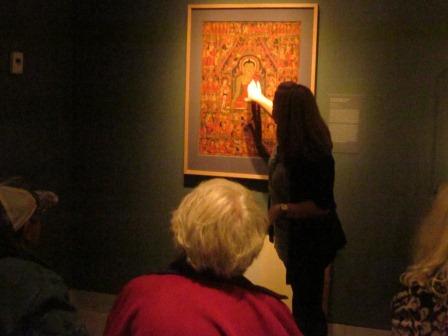 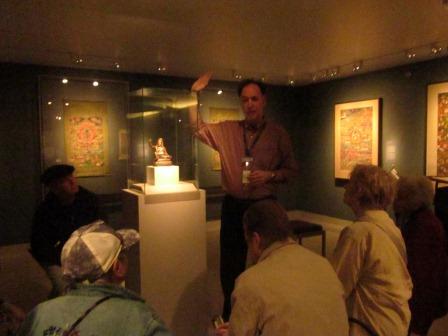 David verbally describing a 3-D object to the group

Visitors were then invited to touch samples and ask questions. 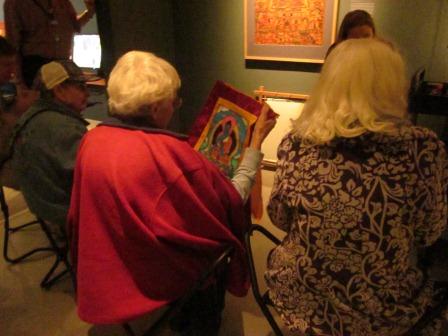 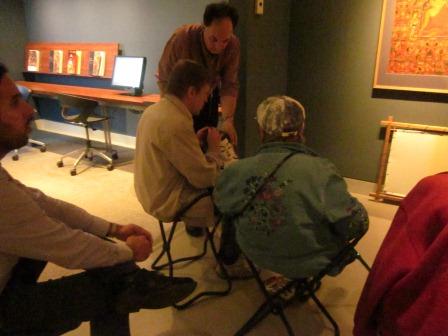 David helping a visitor to feel elements of the Buddha 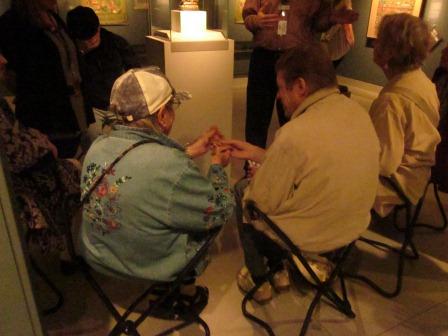 Visitors engaged with the touch objecs as well as with each other! 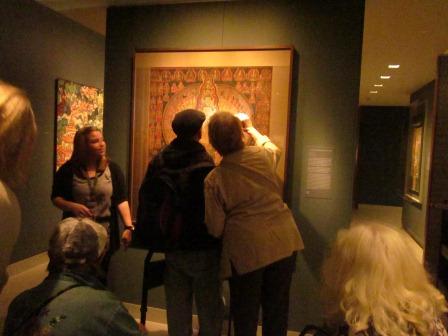 Working together to look closely and feel deeply!

This tour, like others offered, increases the museum’s accessibility and allows for a wider audience to deeply engage with Himalayan art.