This school year has been a busy one for all of the Teens participating in our programs at the Rubin Museum. We celebrated the great work the Teens have been producing with an end-of-year event.

Every year the RMA Teens publish an annual zine to share what they’ve experienced at the Rubin Museum of Art with a wider audience.  Inspired by Hero, Villain, Yeti: Tibet in Comics, this year the Teens created a comic called The Tour  that takes you on an adventure through the galleries.

Teen Guide Council Leaders worked in collaboration with contemporary artist Chitra Ganesh to produce a thangka painting in response to the Tibet in Comics and the Once Upon Many Timesexhibitions at the Museum.  Tibet in Comics explores how comics and other forms of pop culture have historically presented a distorted view of Tibet abounding with absurdities such as it being an otherworldly land roamed by the yeti.  At their worst, the comics promote severe misconceptions and cultural stereotypes.  Inspired by the exhibitions, Teen Guide Council decided to do an interpretation of the traditional painting of Green Tara conquering fearsome situations called Tara of the Himalayan Stereotypes 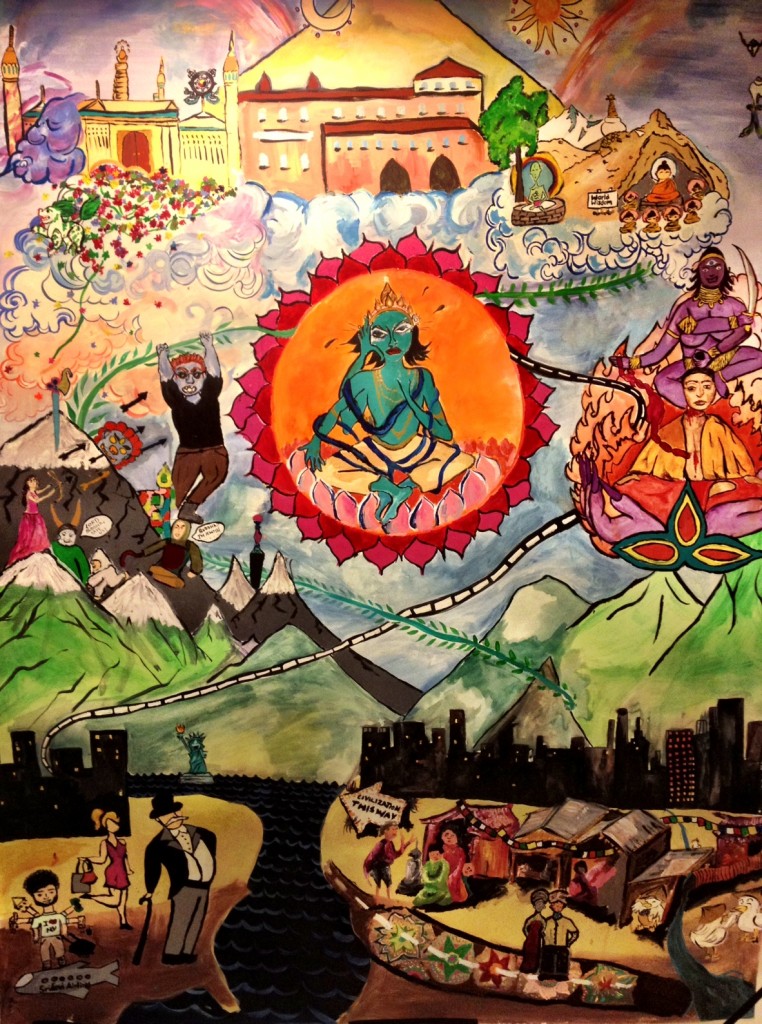 In their remake, Green Tara looks exasperated and the fearful situations are presented as vignettes of common stereotypes or misconceptions about Tibet and the surrounding region.  At the top of the painting is Shangri-la, magical snow lions and Tibet possessing the mysterious wisdom of the world.  The middle sections show fearsome yeti, Yama the Lord of Death as a demon, and extreme religious rituals.  The bottom sections show negative depictions of India as an uncivilized poor region.
Both works were presented during our End-of-Year Teen Event. 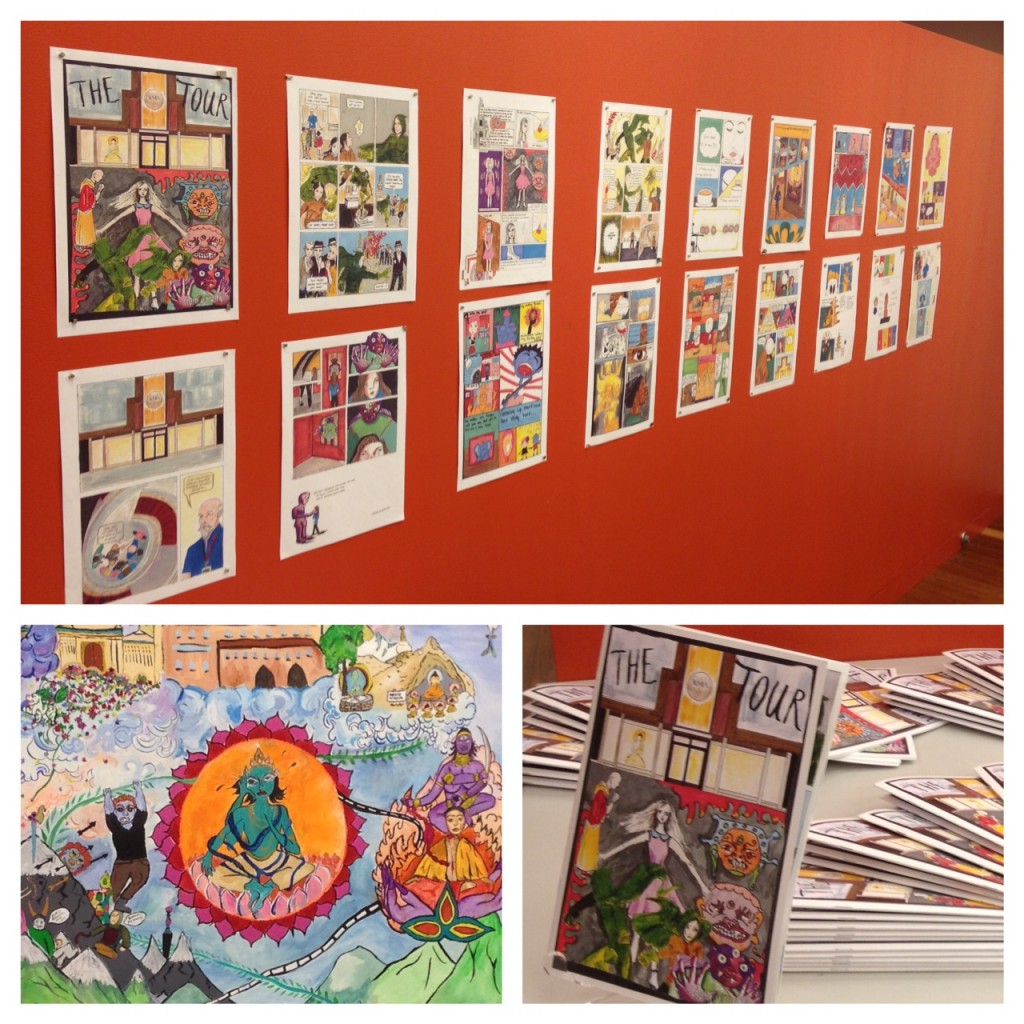 There was also a lot of fun happening too! Artist Nobutaka Asozaki stopped by to carry the comic theme through with his Smiley Bag Project (he makes great portraits from smiley-face bags), we had fun silk-screening awesome illustrations by Evan Goodman, and making other Himalayan crafts. 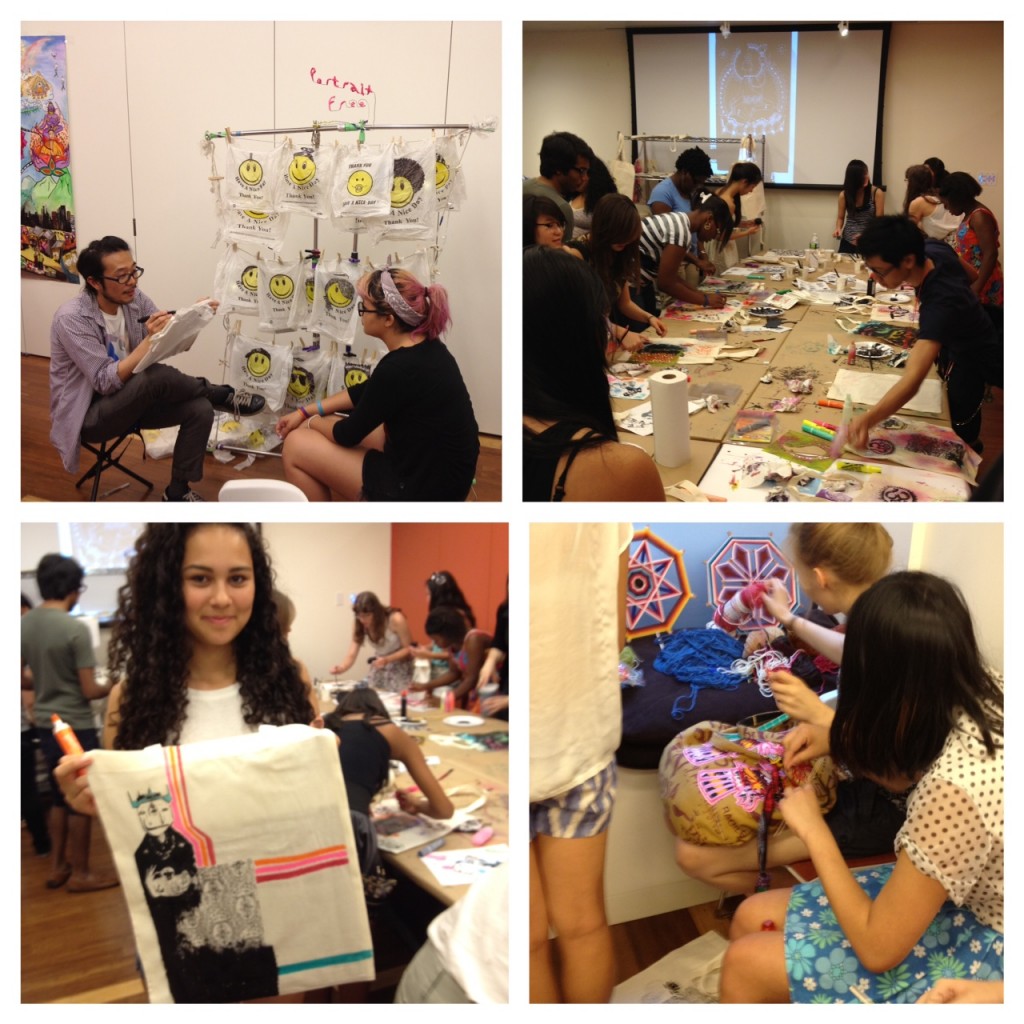 The Teen Guide Council and the RMA Teens joined forces to present works in the galleries for tours. 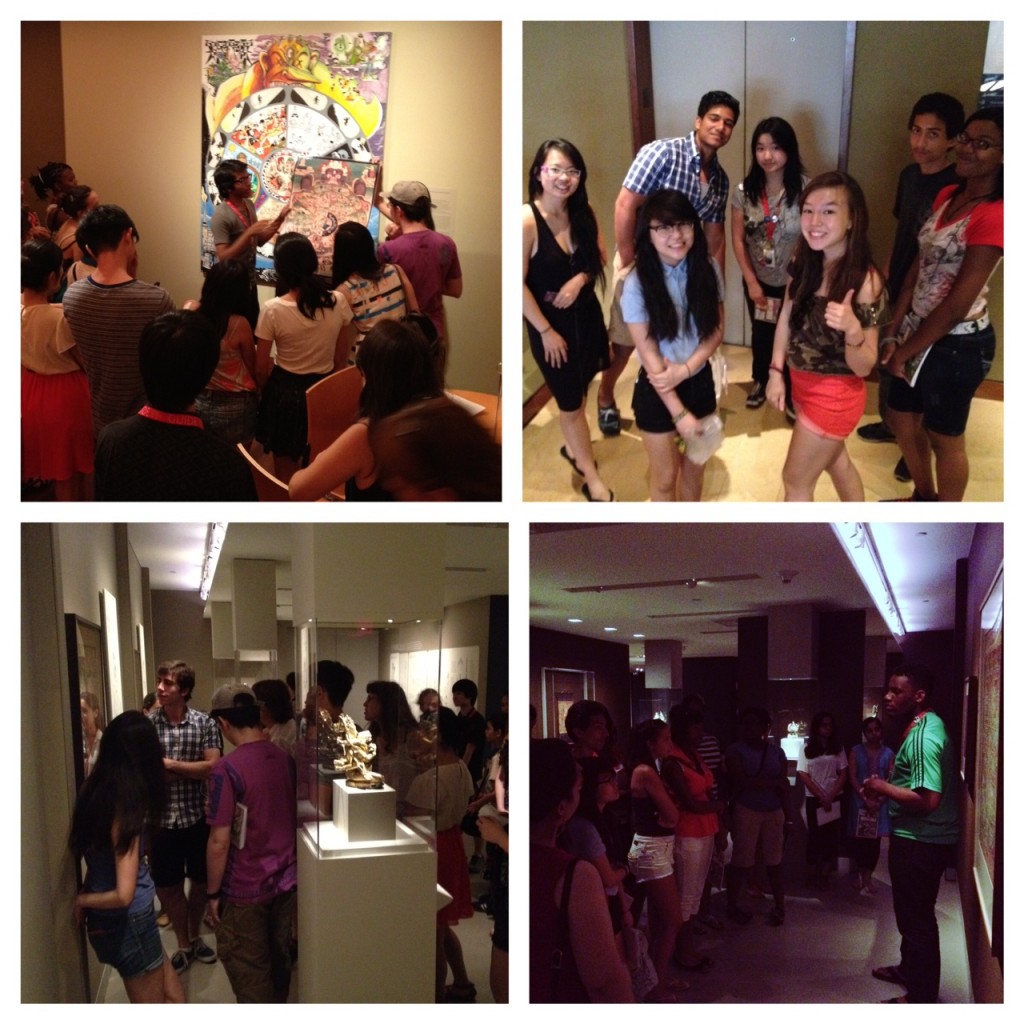 The evening ended with a poetry/spoken word workshop with the Peace Poets. 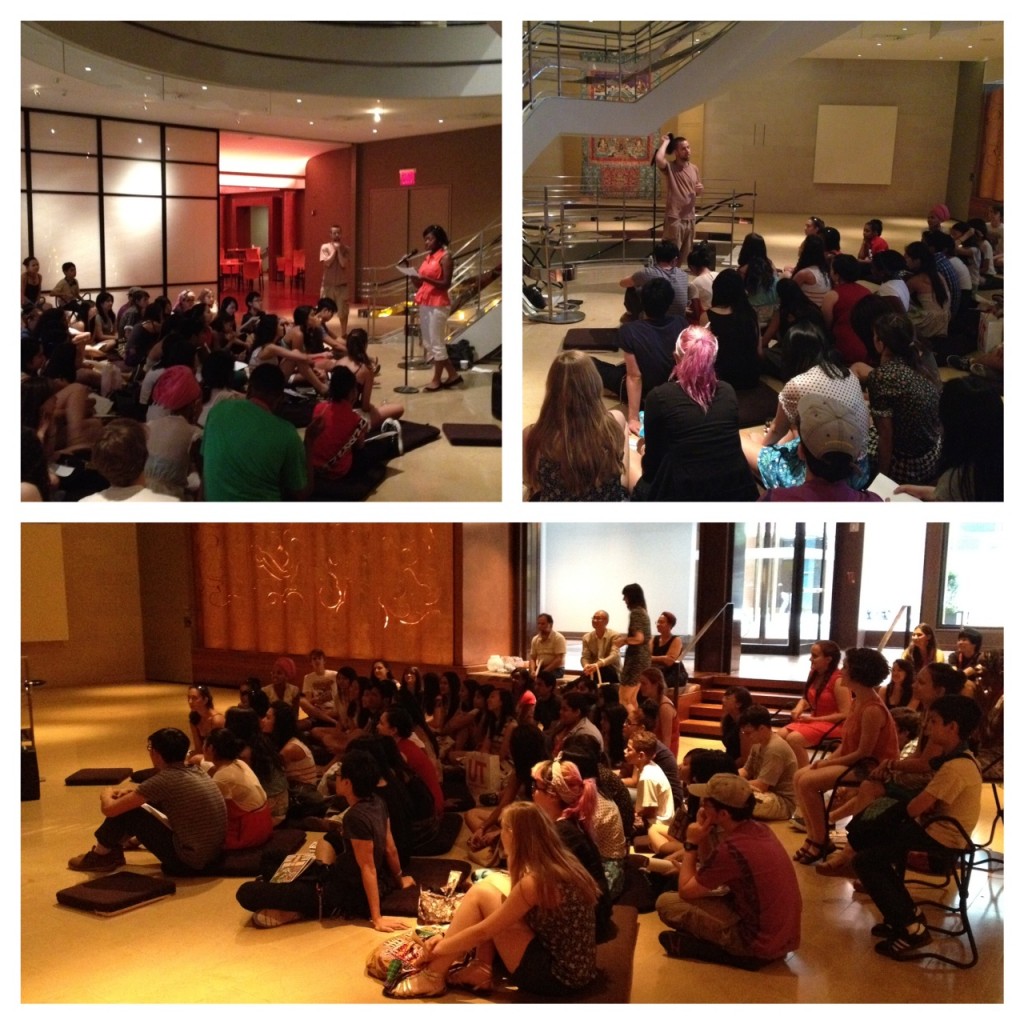 This entry was posted in Art Making, Teens. Bookmark the permalink.